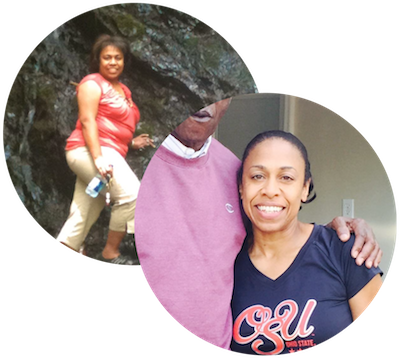 How To Handle Rude Questions About YOUR Weight Loss

Q: I’m like you, I unknowingly became fat in my late twenties to late thirties for about 15 years and I just realized apparently that became my character – the fat one. I’ve got the revelation one day that I should become skinny – and I’ve become slim and have been small for about 5 years now. I’m 45 years old.

You see, my family is mostly slim women – I was the odd one. So my relative who was skinny all her life, asked me over dinner ” how you keep small ? That is what you eat ? Is that on your diet?”… I was lost for words her intentions were not good, she was being rude as she was not looking for help/ advice … so I turned around and asked her “how do you stay small ?” … some people just love to insult .. have you encountered similar ?. what would you do in such situation

This is a good question, but ugh. Seriously, ugh. I’m so sorry that you go through this.

I had people questioning me and snickering on the side, too—implying that I secretly had surgery (which, I’m pretty honest about the fact that I was too broke to be able to afford that and, even if I could afford it, I wasn’t getting it because I was a single mom) or that I was secretly starving myself or I was taking something or, or, or… you get the picture.

The belief was that I’d do what farrrrr too many people do when it comes to the realities of losing weight: I’d lie about how I was doing it.

People harbor an unending skepticism about those of us who lose weight. Either we’re all pretending to do it the “right” way and lying about it to cover some secret “trick”—you know, the ONE TRICK!!! to lose belly flab?—or we’re secretly doing the hard work of exercising and reducing calories while flaunting how many cheetos and hot takis we eat in real life. It doesn’t even have anything to do with you as a person—your success just happens to tap into the insecurities of many people, both large and small, about what weight loss and maintenance actually looks like.

We’re skeptical of it because we rarely recognize it in public. Those of us who’ve lost major amounts of weight don’t frequently blare it from the rooftops or wear t-shirts that say “this is what weight loss success looks like.” We’re skeptical because we’re sort of looking for confirmation bias—are we going to meet someone who proves that the garcinia cam-bless-you works? Are we going to find someone who confirms that the ads in [insert fitness magazine] for Fat Burner Deluxe 9000 were true, and I need to buy? Or are you living as miserably as I am and eating celery all day, hoping for a prayer and a cheeseburger?

Lots of people struggle to figure out what “balance” looks like in their lives. They might resent you if it’s clear that you’ve found it, but that also has nothing to do with you. You just represent something they haven’t yet achieved, and you’re a constant reminder of that failure in their faces. There’s not really anything you can do about it, either.

People are constantly bending themselves backwards to get and stay slim, and sometimes we don’t always know what they’re doing behind closed doors. Lots of people, for lots of reasons, do everything from sticking their fingers down their throats to budgeting every single calorie to an obsessive degree in order to maintain their size… so when they see someone who seems to do it effortlessly, they attack and, in many cases, become rude.

Slim women who come from families full of slim women will often tell you, if they trust you to not judge, the ways in which their families passed disordered eating habits down through generations. If being chubby can reduce your access to money and power, then it’s more important to just find ways to stay slim and deal with the other stuff on your own time. I cannot tell you the number of times I’ve been e-mailed, over the years, with stories of how parents—both mom and dad—have encouraged eating disorders in their children, because it at least “kept them from getting fat.” It’s “not so bad.” So sometimes, what’s also happening is this: because the women in your family know you’ve not come to them for the “family advice” on getting and staying slim, they’re trying to figure out how you’re doing it outside of what they know works.

You have to remind yourself that this isn’t about YOU at all. If anything, you’re just a screen that people use to project their issues onto. I’ve received that question before, and I always turn to that person and shrug and smile. And if they insist on badgering me, I turn it around on them very gently. “You always ask me this—what’s going on? Why are you so curious about my eating habits?” You shouldn’t fear being “confrontational”—this is a person who is either deliberately taking advantage of your non-confrontational personality, or is literally trying to set you off. A calm response that asks why they insist on asking you this is essentially turning it right back around on them. And, if it gets down to it, you just politely tell them, “I’m not going to keep answering this question. I don’t know what issues you have with my body or yours, but you can’t make this my problem.” If someone’s trying to make THEIR issues YOUR issues, you stop that at the door.

Remember that you have the right to set boundaries. Answer the question, if you like. Being asked repeatedly is less about curiosity and more about putting you in the hot seat under a bright light, trying to see if your answers match the last time you were asked this question, determining if you’re lying so that they can prove to themselves that your success isn’t possible without some secret pill bottle or some other such nonsense. Don’t take it personal.

In fact, don’t take it at all. When it gets to be too much, say so. And then let it go.