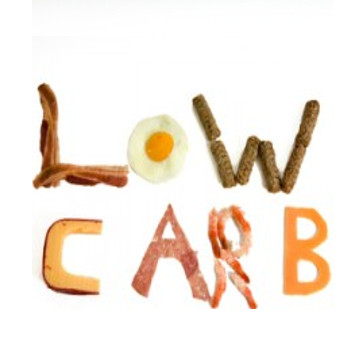 Do you have a “Low-Carb State of Mind” …and need to manage depression, too. Read all the way to the conclusion (please)

Do the chips that don’t pass the lips of low-carb dieters weigh heavily on their shoulders instead? People who avoid certain foods or are reducing their food intake are famous for irritability, but many who are testing low-carbohydrate approaches like Atkins and the South Beach Diet are reporting unusually high feelings of anger, tension and depression. “It’s called the ‘Atkins attitude,’ ” says Judith Wurtman, director of the Women’s Health Program at the Massachusetts Institute of Technology and the Adara Weight Loss Center, both in Boston. “It’s very well-documented.”

Wurtman, who advocates a diet high in complex carbohydrates for weight loss and stress relief, says her studies on rats have shown a connection between a diet low in carbohydrates and low levels of serotonin—a neurotransmitter that promotes feelings of happiness and satisfaction. In her research, rats placed on a ketotic, or low-carbohydrate, diet for three weeks were found to have lower levels of serotonin in their brains. The same rats binged once starch was reintroduced into their diets.

Wurtman believes that same effect occurs in humans on low-carb diets and leads to pronounced feelings of depression and sadness, even rage. “People feel very angry, and their antidepressants don’t work well, either,” she says.

Granted, dieting isn’t easy no matter how one does it, but many think low-carbohydrate approaches are particularly hard on your happiness. Wurtman goes so far as to call them dangerous for those who already struggle with depression or bipolar disorder.

Other researchers disagree. In fact, Wurtman’s assertions are in direct contrast to what advocates of low-carbohydrate diets promise—an end to mood swings and fatigue. Indeed, many who have success on these diets say their moods have never been better.

“It’s a very hard effect to sort out,” says Frederick Samaha, chief of cardiology at the Veterans Administration Hospital in Philadelphia. In one study by Samaha, he compared a low-carbohydrate diet with a low-fat diet. 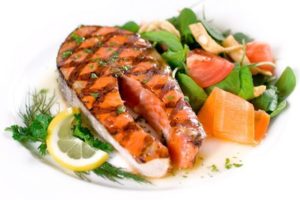 “We didn’t notice any difference in mood between the two groups. What we found, overall, was that people [on either diet] felt good because they were losing weight and becoming healthier,” Samaha says. “But there was a high drop-out rate, around 40 percent, and it may be that those folks left because they didn’t see any improvement in their quality of life.”

Other researchers believe a low-carb diet may have an adverse effect only on those prone to low moods. Philip Cowen, chief of psychiatry at Oxford University in the U.K., reported in a study published in the British Journal of Psychiatry that the mood problem with low-carb diets was measurable but mild in women fighting depression.

“We routinely use a low-carbohydrate diet, which does produce evidence of changes in brain-serotonin function,” says Cowen. “In people with a history of depression—but not in those without—this diet lowers subjective ratings of ‘happy’ slightly.”

So what is a low-carber to do? Robert Thayer, professor of psychology at California State University, Long Beach, and author of Calm Energy: How People Use Food and Exercise to Regulate Mood, says the best advice is to closely monitor mood after experimenting with food. “If you don’t have enough energy to function effectively and meet the demands of your day, that’s going to create tension.”

It’s not funny, but it’s true. We can usually tell when one of our 80 amazing clients has decided to “do low carb”, because they stop losing weight, their energy falls off, they’re more anxious about the numbers on the scale and start saying things like “I cheated”. Often a client follows our Clean Eating Nutrition Program and steadily loses weight (yay!). Then she thinks she will “make it go faster” by eating less food and doing the “low carb thing”.  But it backfires! We need carbohydrates, yes, they need to be unprocessed, whole and complex, but we need carbs!

Repeat after us: I need carbs